Pumped and a little corny

I am pumped about my PUMPkin harvest.
Yesterday, I picked most of the pumpkins except for another six Queensland Blues which still have green vines.  I will let die off a bit more before I bring them in.  You will see that I have left long stalks on the pumpkins...these will dry off and seal fruit so that there is less chance of mildew.
I think they are just beautiful. 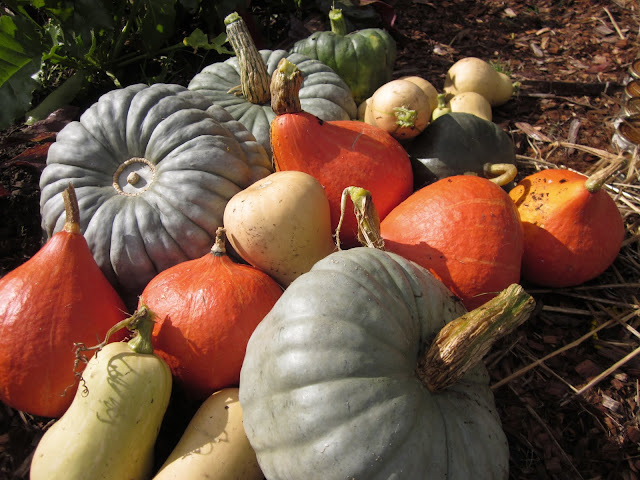 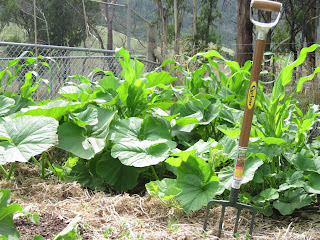 This year I planted pumpkins and corn together...two of the three sisters.  I did plant some beans with them, but too late.  Next time I will definitely put all the three sisters together.  It was worth doing even with just two of them.  I had the best corn crop I have ever grown...at least two big cobs on each stalk, and the pumpkins did well too.
When I pulled them out their roots were entwined in a sisterly embrace.  Don't you love the cleverness of corn with its buttress roots to hold the stalk up. 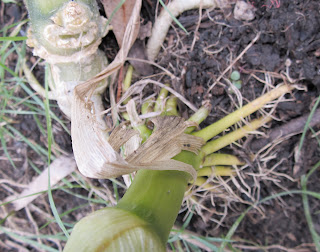 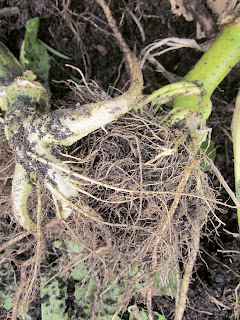 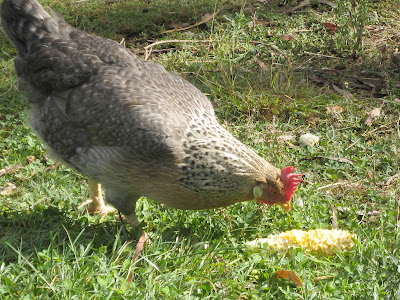 There were a few cobs that were past their best, but the chookies loved them.  Nothing goes to waste here!
Posted by Hazel at 10:19 AM